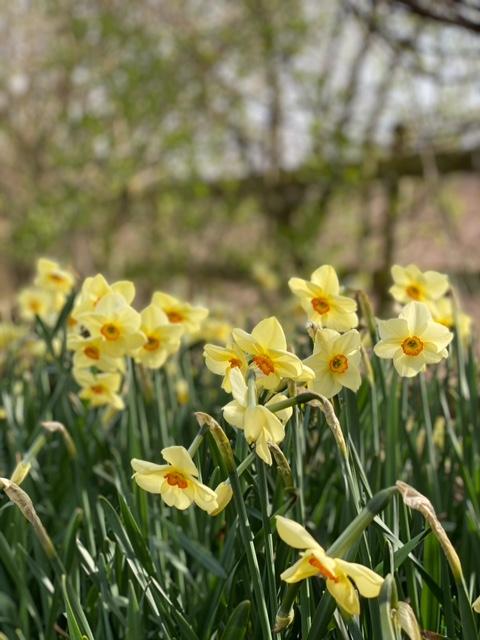 Catrinel Wright of Edington Flowers explains why she prizes these easy-to-grow flowers and Carol Siddorn of Carol’s Garden sings their praises for a scented spring vase.

Narcissus is the Latin name for daffodils, although some bulb growers seem to reserve it for the more dainty types. There are an incredible large number of cultivars organised into 13 separate divisions by the RHS, based on size of cup, or whether they are a trumpet, double, triandrus or tazetta type etc. If you’d like to understand more about the classification system, please visit www.thedaffodilsociety.com.

There are a great many cultivars especially suited for cut flowers, with some notable ones being introduced in recent years by Dutch and American growers (Sorbet, or Moonlight and Starlight Sensation respectively, to name but a few). The split-corolla type in particular has received a lot of attention lately, with many cultivars released, some of which barely resemble the traditional daffodil. There are also some very old cultivars which have stood the test of time, such as Sir Winston Churchill or Geranium.

So how do you choose which types to grow? This is very much a personal preference, but for a farmer florist like myself, I look for cultivars that flower early, have fragrance where possible, and are not something easily found in shops. In a mild year my first Narcissi have made an appearance in mid February (and I am not talking about the forced ones grown in pots indoors); they were a joy to find blooming on a bleak February morning, and of course I cut them and brought them indoors where they lasted 6 days and really brightened my kitchen.

Cultivation is simple: get good quality bulbs (bigger is better here), find a spot which gets at least 4 hrs of sunshine per day and plant them at a depth about 1.5 times the size of the bulb. They can cope with many types of soil but will not do well on very thin soils or waterlogged ones. Ideal time to plant is September, but on my flower farm I’ve planted them in November and even December with no adverse effect, they just flowered later. When planting, make sure you leave some space between the bulbs, otherwise you will have the dig them up and split congested clumps after 2-3 years. I usually feed them with a slow release fertiliser before flowering as I want them to keep strong and continue to give me flowers for many years; this is why it is also important to leave the foliage to die naturally, which takes at least 2 months after flowering. Unlike tulips, rodents and squirrels do not eat them, which is a great bonus. 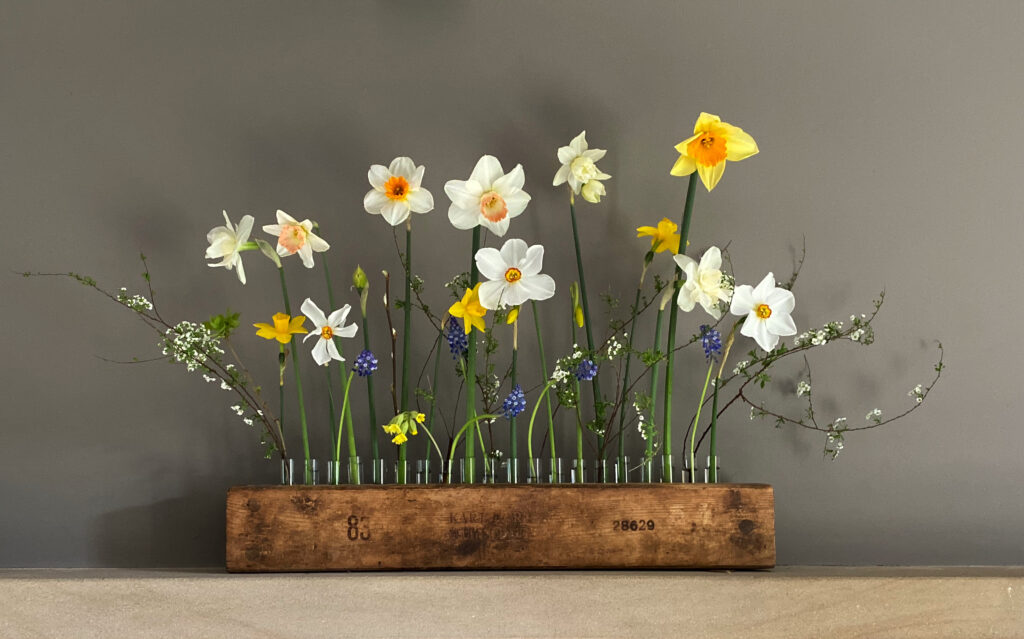 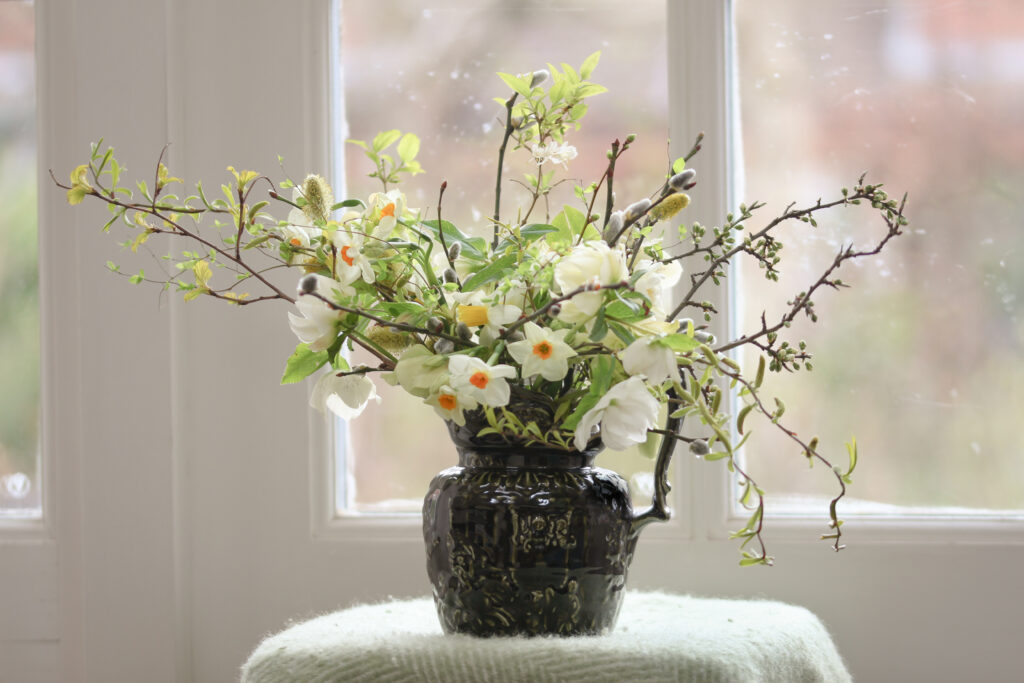 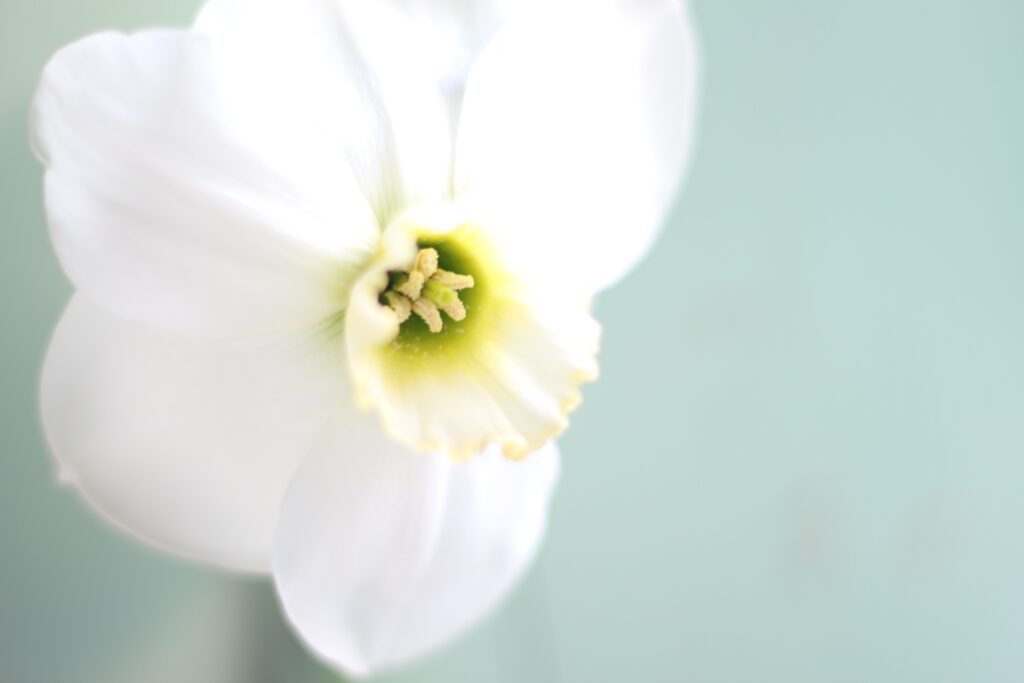 Don't assume that all narcissi are sunny eggy yellows - there are subtle shades too.

Narcissi are so easy, so cheap and so glorious in spring. Some narcissi have an overpowering scent (such as paper whites) but the later ones can have a delicate, beautiful scent. Quail is a beautiful deep yellow, or Chinita is a tall lemon, pheasants eye type, Pueblo for a small, dainty creamy white. Spread the season with different varieties – from early Feb to May, when the beautiful, refined true pheasant eye, Narcissus poeticus, is the last to flower.  Commercially grown narcissi in a wide range of varieties are available throughout the winter months from growers in the Scilly Isles and Cornwall.

For the best vase life, cut the flowers when almost open, condition for at least a few hours separate from other flowers, then they can be used in mixed bouquets or on their own. Do not cut the stems again when used in a mixed bouquet, as their sticky sap will negatively affect the vase life of the other flowers you mix them with.

Our quick guide to what’s gorgeous when with top 10 lists for every month of the year.

Get inspired by our specially curated gallery of images of members’ flowers, plots and arrangements – constantly changing to reflect the current season.

Find out more about why it’s always a good idea to buy locally grown flowers and to support your local flower farmer. 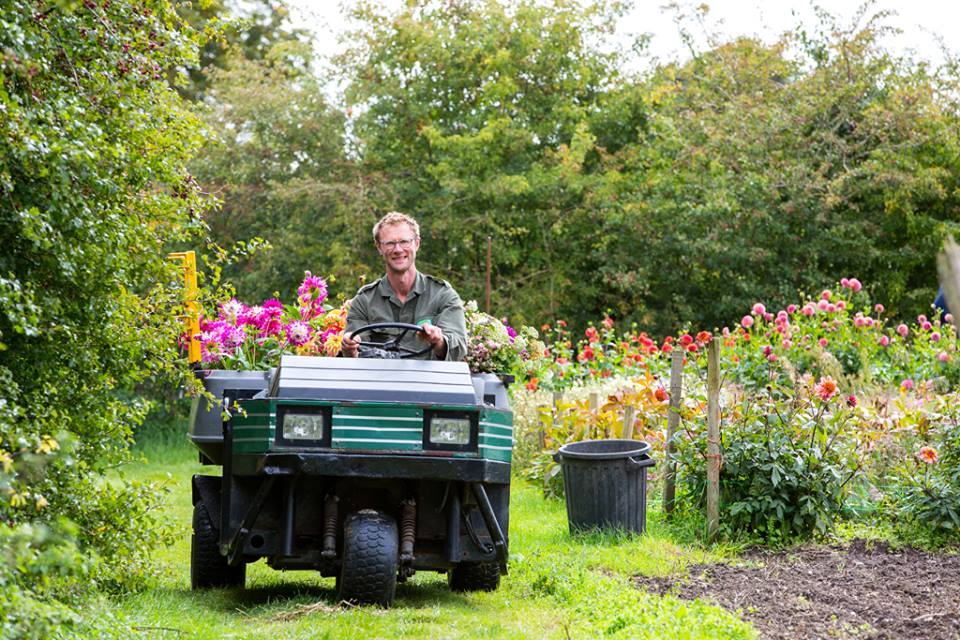 View all
We use cookies on our website to give you the most relevant experience by remembering your preferences and repeat visits. By clicking “Accept”, you consent to the use of ALL the cookies. However you may visit Cookie Settings to provide a controlled consent.
Cookie settingsACCEPT
Manage consent